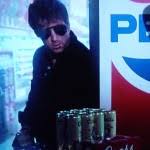 Once they said ‘Not Mikel’ but Arteta’s refined character will help him deal with Aubameyang, Xhaka and Ozil

When Mikel Arteta returned to the dressing room after Arsenal’s 1-1 draw with Crystal Palace, he was greeted by the disconsolate figure of Pierre-Emerick Aubameyang. It was there that the Arsenal captain expressed his regret and disappointment over the ill-timed lunge that saw him dismissed.

Arteta will understand better than most how Aubameyang felt. In 2013, the Spaniard was Arsenal captain on this ground in a match in which he also scored before being sent off.

Arteta’s immediate priority will be navigating the next three games, including another London derby against Chelsea, without Aubameyang. Arsenal’s talismanic forward scored his 14th league goal against Palace, a tally that accounts for 48 per cent of Arsenal’s total in the competition.

Once he’s given some thought to that considerable problem, Arteta might turn his focus to lifting Aubameyang. The Gabon striker, usually so ebullient, was clearly devastated by the first straight red of his career. Arteta will revive him by doing what he has done since he assumed the helm in north London, the very same thing he did as soon as he got back to the Selhurst Park dressing room: he’ll talk to him.

Arsenal knew when they hired Arteta that they were getting a good coach. What’s been so impressive in his short reign so far is that he’s shown himself to be a consummate communicator — with players and fans alike.

Just a few weeks ago, Aubameyang was being linked with a mid-season move. Arteta has put paid to that, insisting that his captain will remain at the club until the end of the season. Aubameyang’s mournful trudge to the touchline wasn’t that of a player worried that a three-game suspension might mean not wearing the Arsenal shirt again — it was that of a player genuinely disappointed to miss out on the next three games; gutted to miss out on the next stage of Arteta’s project.

Such is the commitment Arteta has already instilled in his players. Arteta’s job title might be “head coach”, but try telling him that’s all he is. Arteta is proving himself to be — as he described himself in his very first press conference — “the manager of his football club”.

The transfer window may be open, but Arteta’s immediate priority has been to get the best out of the players he already has at his disposal. In cases such as Mesut Ozil, Granit Xhaka and Aubameyang, that has required some skilful and delicate man-management.

Arguably these less technical aspects of the job — the interpersonal relationships, the psychology, the leadership — might have provided Arteta’s biggest test.

There’s little question over his capacity to coach. An endorsement from Pep Guardiola is the ultimate accolade for any burgeoning tactical mastermind. Nevertheless, there are many coaches whose insight on the training pitch does not necessarily translate to being a great manager of people. Few doubt Arteta’s grasp of football theory, but the practice of management is something altogether different.

It’s something he’s had to work on. In his previous spell at the club, Arteta did not exactly come across as a “people person” and his exacting standards meant he was not particularly easy to get along with. In fact, his reputation was such that when Arsene Wenger was leaving in the spring of 2018 and Raul Sanllehi, who was head of football relations at the time, put out feelers about what sort of candidate players and coaches would like to see succeed Wenger, several members of staff came back the same response: “Not Mikel”.

He has refined his manner since then, recognising that relationships are key to any management career. Arteta’s good friend Mauricio Pochettino, who played alongside him in Paris for two years before attempting to lure him to his own coaching staff in 2016, was once asked why man-management was so important. “Because players are people,” Pochettino replied. “They are not furniture.”

Since retiring as a player, Arteta has sanded some of the edges off his prickly exterior. An important part of his role at Manchester City was developing relationships with the first-team squad. “It’s vital that management is in touch with the players and Pep just doesn’t have the time to spend time with all 24 of them every day,” Arteta explained.

He had his own office at City’s training complex, its transparent walls an open invitation for players to come in and chat about their concerns. Many took up the opportunity, and Arteta forged close bonds with several players.

At Arsenal, he’ll need to do that with everybody. Since Arteta left in 2016, Arsenal have become a club beset with individual problems. He returned to find Xhaka, the man who began the season as captain, determined to leave the Premier League behind. His successor as skipper, Aubameyang, was also heavily linked with a move away. Meanwhile the player with the highest profile and pay packet, Ozil, was enduring the biggest slump of his professional career. The manner in which those three players have responded is a testament to Arteta’s man-management.

Unai Emery and Ozil clashed off the field. However, it’s often overlooked that there was no synergy between the pair on the pitch either. Fans’ frequent calls for Ozil to come back into the team overlooked the fact it was not a team structured to maximise his potential.

Arteta has long recognised Ozil’s talent. He was at the club when Ozil became the club’s record signing, and speaking in 2014 he said: “When you have players like Ozil, with everything he involves — his price, his personality — people will either love him or not like him at all.

“When you’re an artist, you’re never going to perform nine out of 10 every week. It’s much more difficult for a creative player to perform at that level.

“The opposition always try and stop you, so sometimes you don’t shine. And then people ask, ‘Why don’t you shine? You didn’t do anything in the game.’

“When that happens you get criticised, especially when it happens in big games. But you cannot deny Ozil is a special player: his movement, his calmness, his final ball is superb.”

A special player sometimes requires particular conditions to thrive. Ozil requiring special treatment in training might be unacceptable; Ozil necessitating special tactics is not. He’s a uniquely gifted individual, requiring a unique approach. Arteta has swiftly realised that it’s in the club’s best interests to provide Ozil with a platform to perform.

One of the surprise pillars of that platform has been Xhaka, whose fortunes have been completely transformed by Arteta’s arrival. When he took the job, Xhaka had one foot out of the door — his family had returned to Germany for the Christmas break, with no plans to return to London.

Over the course of several conversations in Arteta’s London Colney office, Xhaka was convinced to stay. Arteta explains: “The first message for him was that I wanted to understand how he was feeling, why he was feeling that way. I wanted him to hear from me my opinion on him, and that I was ready to support him and that I was ready to push the club to be supportive of him too, because I thought he could be a really, really good player for us and he could enjoy playing under me in this football club.”

It’s in that same office that Arteta sat down with Freddie Ljungberg to discuss his future with the club.

Both men were ultimately convinced to stay, seduced by the prospect of being part of Arteta’s project.

There has been buy-in from so many different quarters. Ainsley Maitland-Niles had publicly stated his reservations about playing at right-back, but is now thriving in the role. At Selhurst Park, he came off best in a one-on-one duel with Wilfried Zaha, making more successful tackles and ball recoveries than any other Arsenal player.

David Luiz is steadily morphing from liability to leader. Lucas Torreira’s growing importance to the team was underlined by how much Arsenal missed him after his half-time withdrawal with a muscle problem. Moreover, this squad just looks happier.

It’s an ongoing task. Arteta has lit a fire under Ozil, but can he find the psychological kindling to keep it burning? Both Xhaka and Aubameyang’s transfer situations will doubtless rear their heads again this summer, especially with Aubameyang having just 18 months remaining on his existing contract.

It has been, nevertheless, a good start. Arsenal fans believe in Arteta — and, on the early evidence, the players do too. It would appear Arsenal may have got themselves far more than just a coach.